Head of Architecture at Intelliflo
Find me on:

Plans are a foundational resource in our public API and apart from Clients, probably the most important to our customers. Plans, as a concept, model the many varied financial products available in the market, both advised and non-advised, so in addition to being central to what our customers do, they are also fairly complex as a result.

END_OF_DOCUMENT_TOKEN_TO_BE_REPLACED

We released our first version of the iO Store in February this year and have had good adoption and loads of interest from the community. One of the key features we made available as part of the App development tools, is the ability to cryptographically sign Links and Forms using a canonical algorithm that we documented here.

END_OF_DOCUMENT_TOKEN_TO_BE_REPLACED

The platform team have been working hard, releasing new APIs and fixes, quite steadily over the last few months and this will continue throughout this year and beyond. If you are on our mailing list then you may already be aware of the work that has been going on and that we recently announced the release of our new Document API for general availability. We are excited about this new Document API because we believe we have provided a simpler and more efficient way for customers to upload and download documents and have aligned these APIs with our flexible object storage architecture. Read on to find out more about the design and architecture or if you just want to know how to use them skip to How to use the APIs.

END_OF_DOCUMENT_TOKEN_TO_BE_REPLACED

Important changes to our APIs

We have been in a "beta" phase with our APIs now for around 3 months in which time we have had overwhelming interest and engagement from customers and partners. The purpose of the beta phase was to give interested parties early access to our APIs so that we could not only gauge the interest, but also get some useful feedback on usability and anything improvements. We have had a huge amount of great feedback so we would like to thank those that have been involved for doing so.

The feedback we have had, has been largely in three main areas:


To address these and other issues we have recently made some significant changes to our APIs. The APIs released to "beta" are APIs that we have been using internally for sometime now and will continue to use for awhile more. In order to address some of the feedback and improve our customers experience we have decided to release a set of version 2 endpoints "v2". This means we are not changing or extending any of our existing v1 APIs but producing new improved versions.

END_OF_DOCUMENT_TOKEN_TO_BE_REPLACED 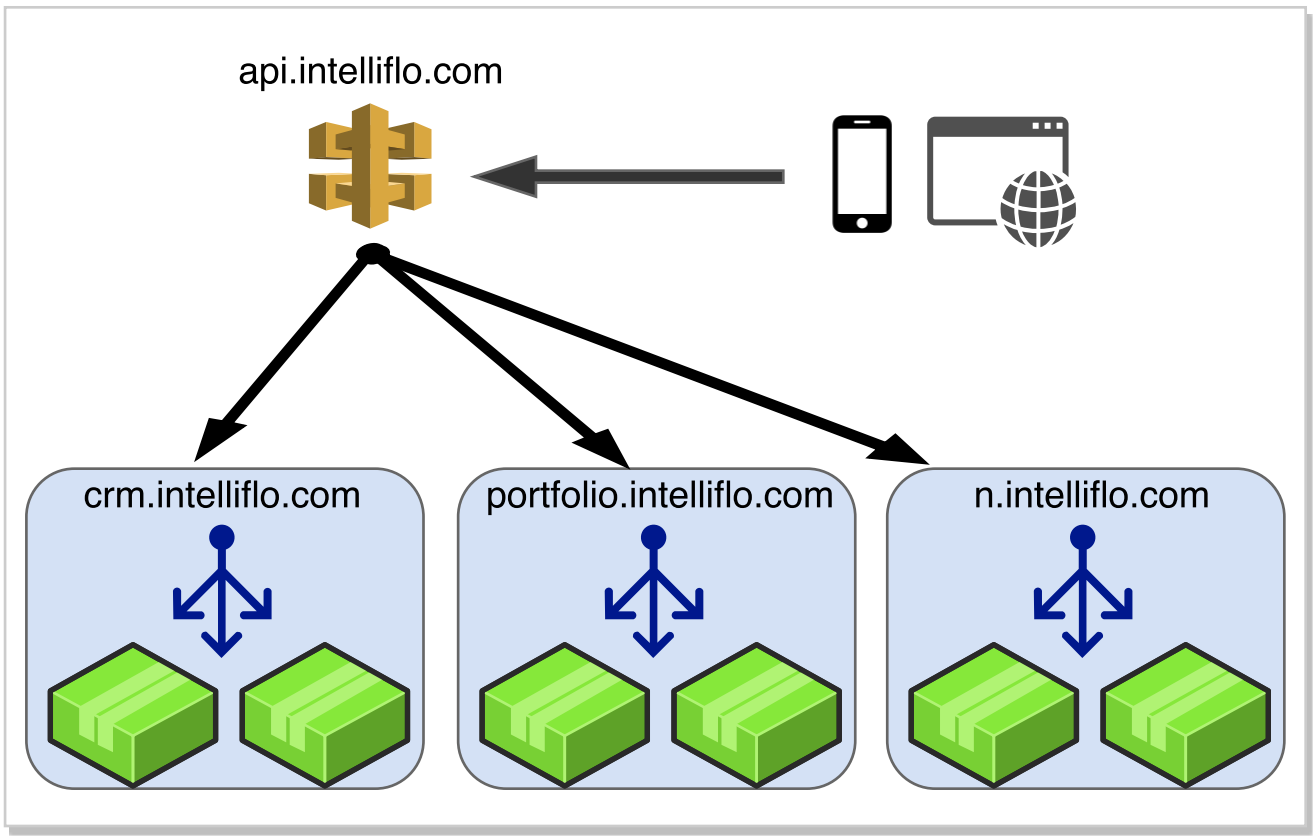 We've been very busy at Intelliflo over the last few years re-engineering our platform. We are now releasing our public API which is a huge and exciting milestone in our journey that has included new products, a new platform architecture and an API first strategy. The intention to release an open API has been previously anounced and if you follow fin tech news or attended our 'Change the Game' conferences you may have already heard about our API and the significance this has in our sector. What you probably aren't aware of is the back story of how our API platform came to be and the engineering led journey we've been on over the last 6 years. This post serves as an open account of that journey. Since this is our first post on this blog it is also worth mentioning that this is a technology blog and is written by members of our engineering teams so expect the content to be technical in nature.